To Be More Site-specific. An Inevitable Wall, MATCA art space, 2021 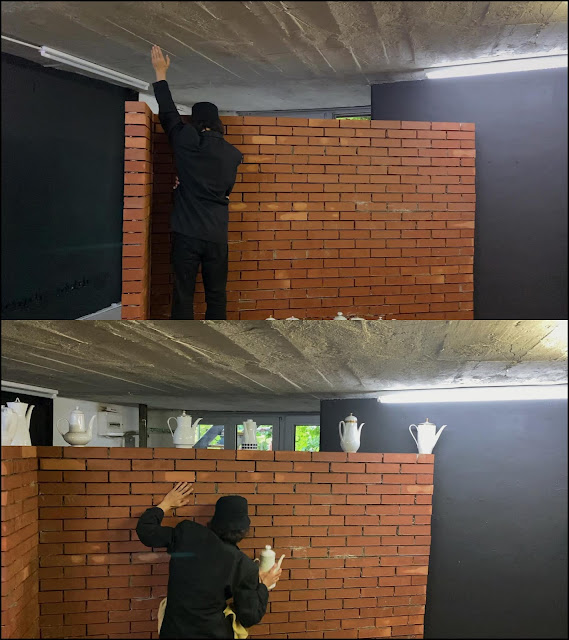 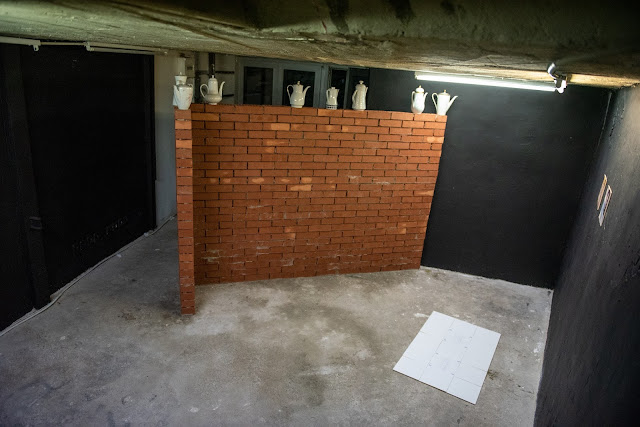 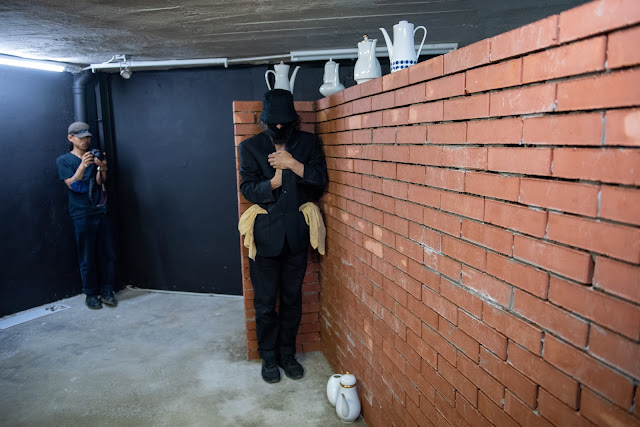 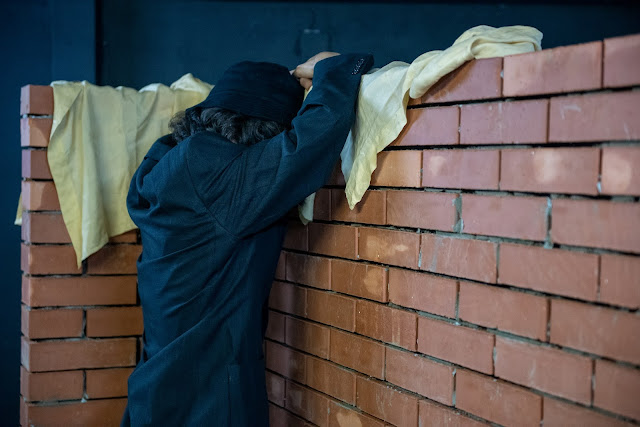 Un zid de neocolit / An inevitable wall, installation and performance, 2021
To be more site-specific
Ana Avram / Roberta Curcă / Alexandra Freye / Wei Kang Beh / Sibi Bogdan Teodorescu
29.06 – 20.07. 2021
The current exhibition is the result of our previous call for proposals launched in April this year which was aiming to find works that fit the idea of space*, dimension/s, and site-specificness - proposed and produced for the purpose of this show. We invited worldwide artists to reflect on this theme without any borders, and so our shortlist gathers a selection of artists who either proposed something tailored to our space and its future-past-present, or works that reflect in more general/personal terms the theme and explore the idea of space even outside its physical boundaries.
Limits are pushed and questioned under some aspects of understanding our surroundings in the context of this show. All in all, the space, and site-specificness could be about our ways of perceiving the reality – the history we connect with, or about the fictions we develop around it. It is about conventional ways of seeing an artspace and knocking off the comfort of a room in order to prove a point on our habits. The space is negotiated and explored here through materials, language, light, or sound in works that prove that it exists even behind the objects that communicate it. Space could be reflected as a medium of giving form to things, or as a storage medium for things that aim to preserve history, and maybe, our emotional connections linked to it. Once staging a space, you can deliver an entire journey to the viewer, and here, the journey that is proposed, balances itself between void and memory, between object and meaning, between what is left and what it will be, time and awareness, degeneration and restoration - through endless interrogations. 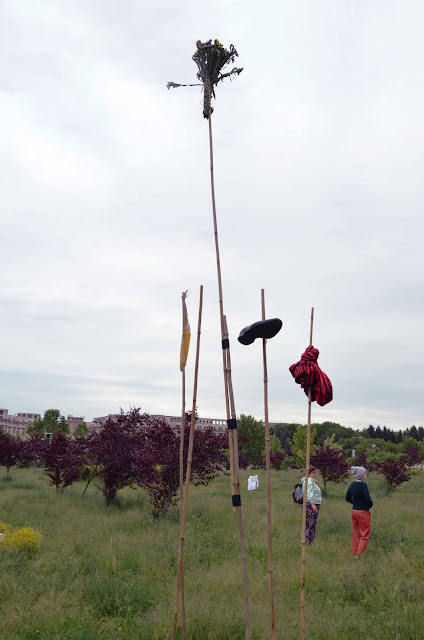 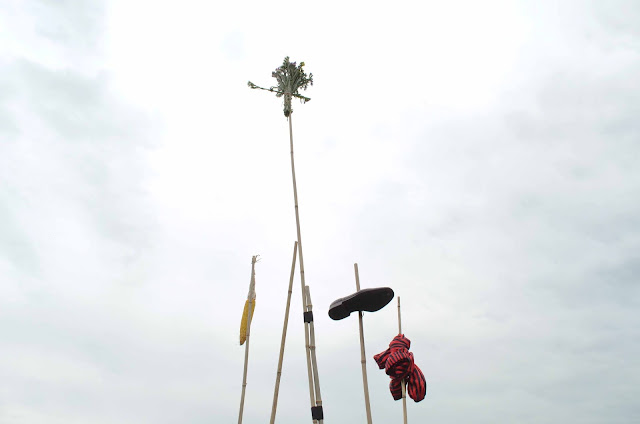 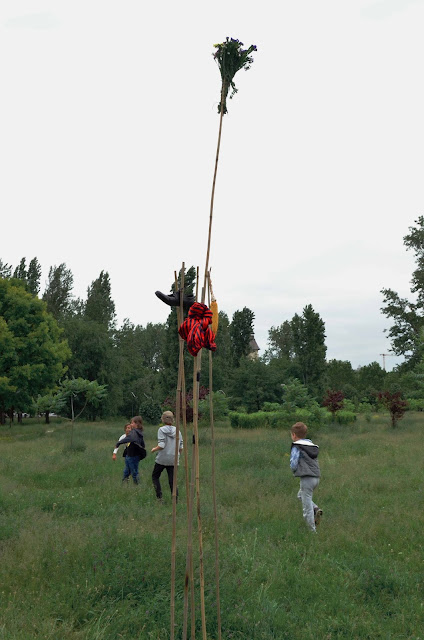 Art Opening is a space-time for art related meetings, a move towards embodied social closeness. You're invited to bring works (any medium), practices, ideas, processes, and most importantly, yourselves. Depending on participants' desires, the event can go more towards exhibition, performance, workshop, protest, discussion, intervention, or, more likely, a mix of them. It can also be an opening in terms of contents and aesthetics, now, when artists are indirectly top down guided towards pre-established issues, and their compliance is socially rewarded. 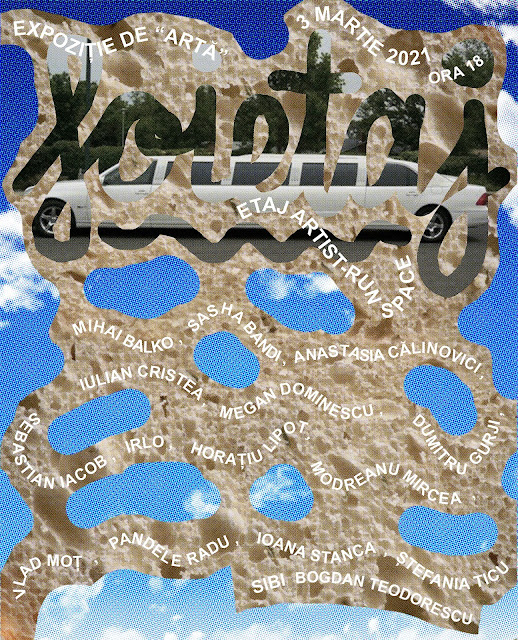 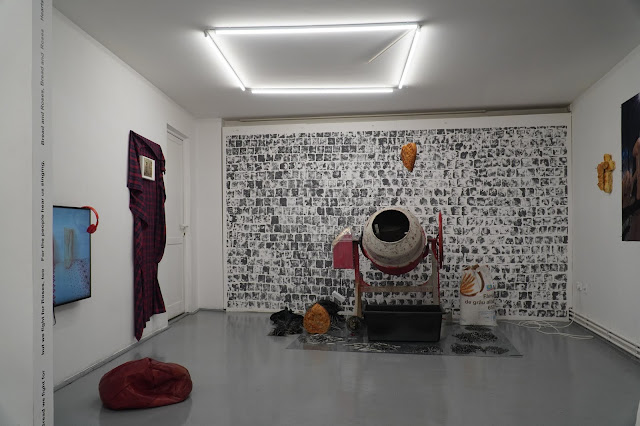 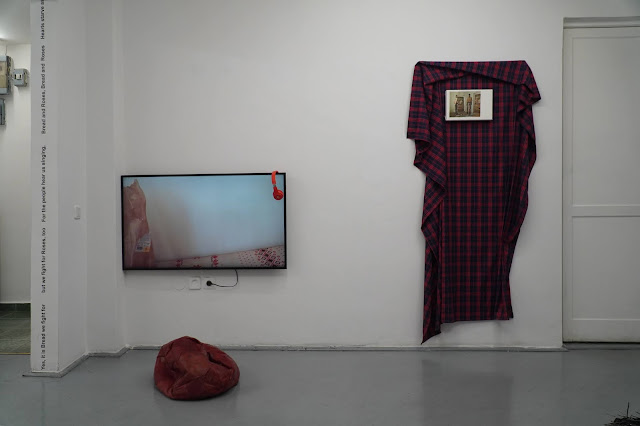 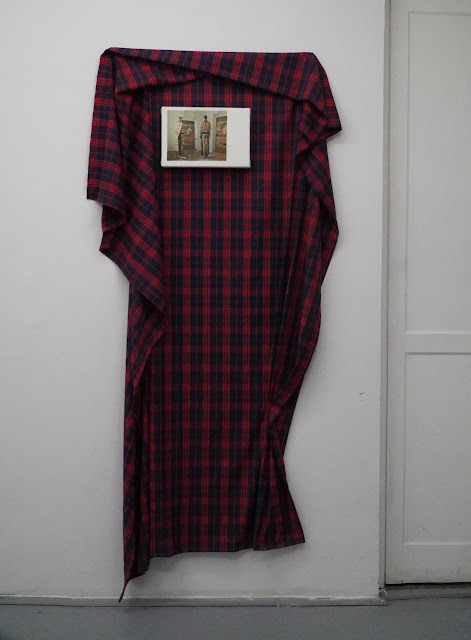 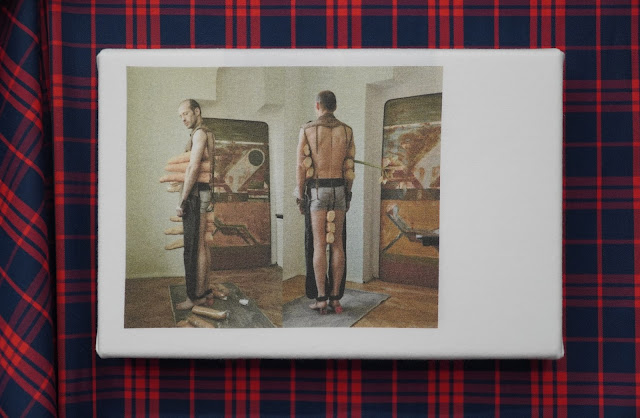 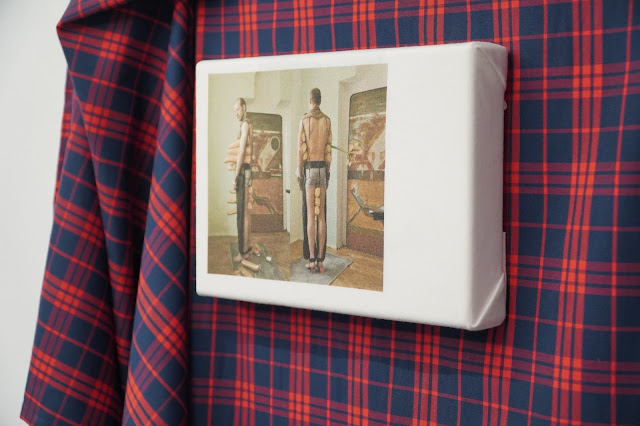 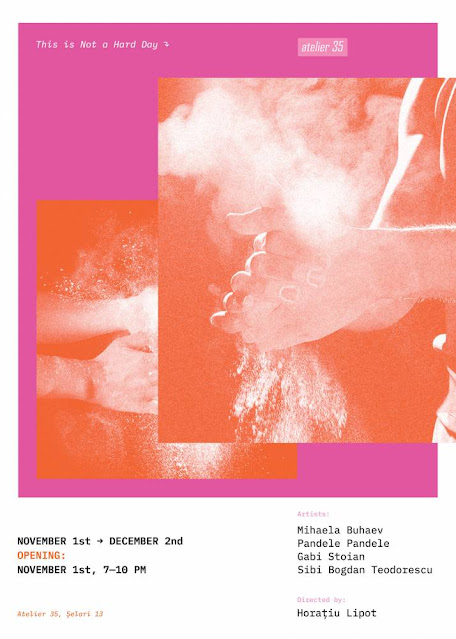 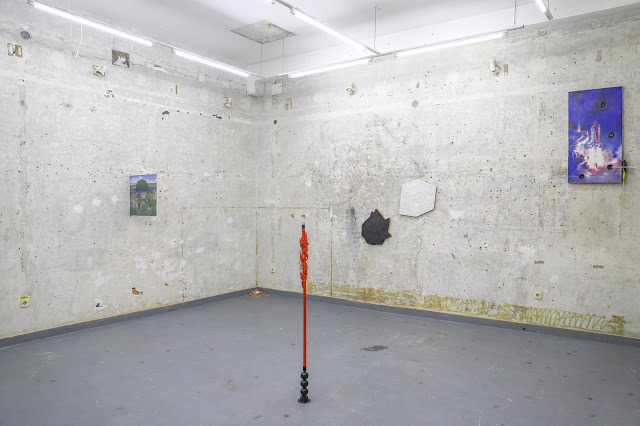 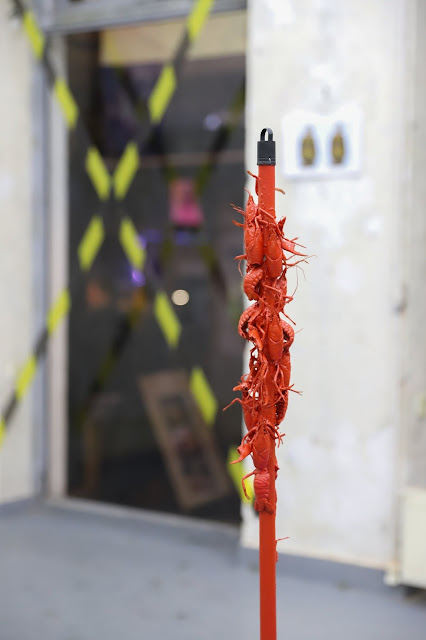 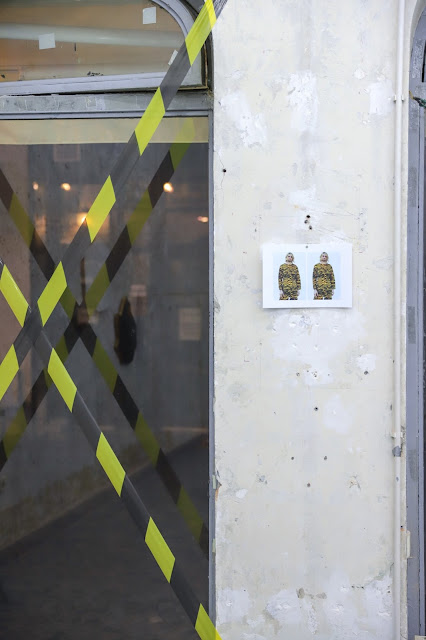 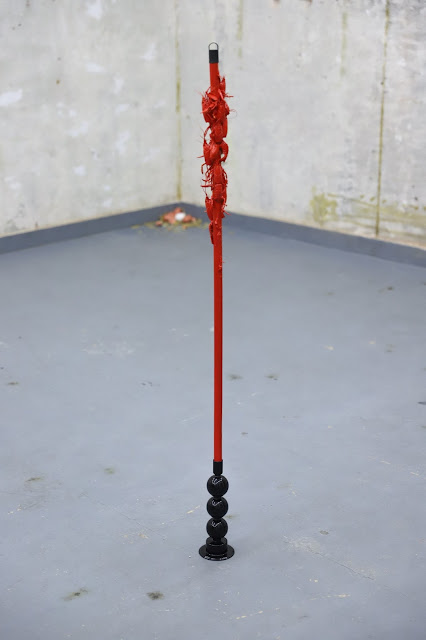 0. poster for the show

This Is Not a Hard Day
Mihaela Buhaev
Pandele Pandele
Gabi Stoian
Sibi Bogdan Teodorescu
Directed by: Horațiu Lipot
Graphic design: Alice Voinea
Born Originals, how comes it to pass we die Copies? (Edward Young)
Our benchmarks are a continuous mechanical play between static observation and active involvement. The stance of an almost thermodynamic interaction of muscles and cognition, of mass that generates more mass, is replaced today by the ambiguous remoteness at the end of the click, close to zero entropy. We are computerized subjects, generic users with specific needs and desires who make vague connections by popularizing spheres of our self-interest in the new networks, in a world where products and behaviors are determined by the integration of a new and promised experience. Take the ride! it says in the common language of the inter-connectivity networks.
The self as an element can be located exclusively in the time-space coordinates, Internet containing little to none this property. The Web 2.0 areal it resemble us more like the lobby of a hotel, a mall, or an airport space - crossing places in which we do not live, but we try to signify them with the best of ones self.
In a strange internalization of marketing mechanisms, the narcissism of each one tries to take control, this dualism making any original approach seem futile. This is also reflected on the creative areas, the alibi of the artist's autonomy, which represented the main impetus of the formation of modernism during the historical avant-garde, works today for the benefit of the capital market. Any work of art produced today that does not fit in a system of mutual appreciation and benefit, is automatically ostracized and eliminated from the public consciousness.
The mirror of our new anxieties, which are based on the idea that the internet imbeciles us (alienates us, transforms our sexual behaviors into deviants ones etc.) it resembles Plato's own concern, firmly convinced that the spread of literacy through writing among the population will destroy the oral tradition and the ability to create new and authentic memories. And yet, here we are, facing the same concerns in an infinitely accelerated context.In Alex Kitnick own observation, as the world submits more and more to the abstractions of capital, the inter-connectivity of digital networks, and the promises of the experience economy, the body responds by lying down.
This is Not a Hard Day,
Just a day,
Another.
Horațiu Lipot
Publicat de BOGDAN TEODORESCU la 02:28

Soon This Body Will Be Still/ MATCA artspace, Cluj-Napoca - 2019 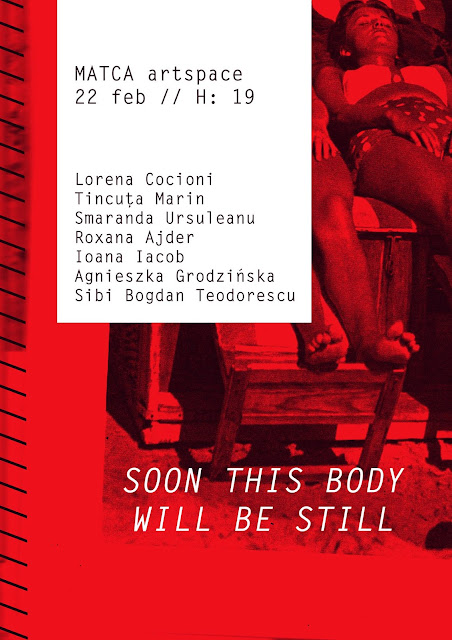 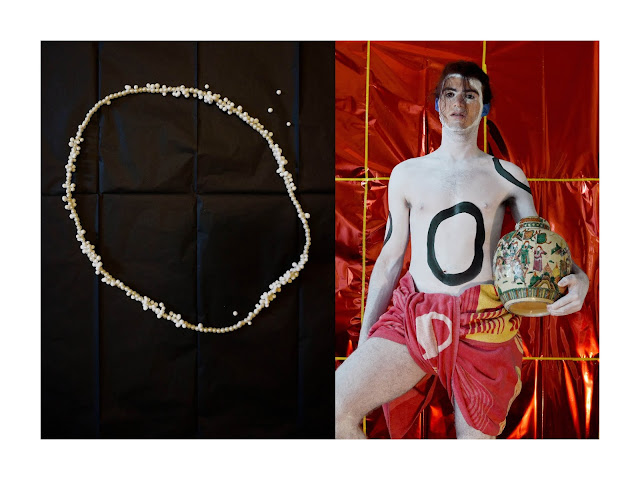 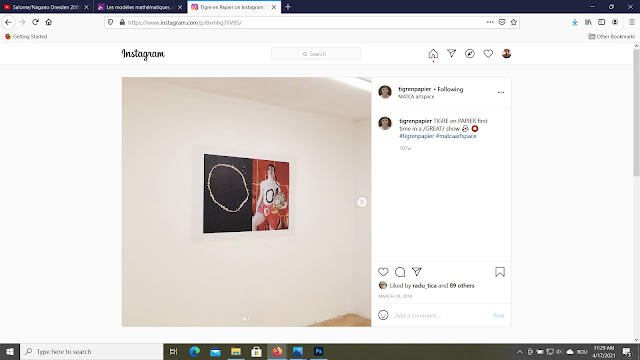 ------------------------------------------------------------------------------------------
Lorena Cocioni / Tincuța Marin / Smaranda Ursuleanu / Roxana Ajder / Ioana Iacob / Agnieszka Grodzińska / Sibi Bogdan Teodorescu
SOON THIS BODY WILL BE STILL
[looking]
The image of the body, the body in an image. A critical attitude may be born along with framing. Framing is a decision, an action taken to fuel the idea of display. The author can decide if the framed content is representing an object or a subject. Serving the gaze, screen surrogates could tease your fulfillment, the ego of your libido accessing beauty after a five minute tutorial. You are alienated with the presented subject. Are you emphatic, or are you attracted in this loop which may reproduce conditions of human perceptions through a passive action?
[body talks and history]
Narration through the keyhole may not be necessary when you have everything displayed. Visual pleasure is a thing, but the important thing here is that across history, people preserve images. Images on the walls of caves, images in museums, images in porn magazines and all around the internet. The body talks about a specific moment in time, about stereotypes, about social standards. It resumes many possibilities of language, and sometimes not through body language, but by its look.
[body-who?]
Are we living in a post-mythology era, or mythology is living through us? Symbols and apparitions. A hairwave, a shell. The wind that blows around you. All is set up. Zephyr could be a synonym for the electric fan that blows beneath skirts or dresses nowadays in photography or television. Mythology and its remake. Some characters are pre-fabricated, conditioned by their heroic or, non-heroic appearance. The one who is inhabiting the image is consumed by the image and doesn`t give us any clue about who he really is. The eyes of the beholder are confronting speculations.
[intimidation]
Some powerful images interact directly with shame. Ugliness, for instance, can interact with our fear of being ugly and generates intense reactions. As you discover you are naked you might develop a need of being covered, or to hide. We all know `two of them` who are represented behind leaves. Being a witness to others nakedness could generate you an illusion of access. You can adore, you can judge, you can consume. You may think that the vulnerability of others is displayed here for you, and make an instrument out of it. The nakedness of others might generate an empowering satisfaction for the beholder, while the beholder might be fooled.
Alexandra Mocan
Publicat de BOGDAN TEODORESCU la 01:46

The Short Life of A Long-lasting Picture

This performance deals with perception issue, -s, distance and space inside museums. The context they provide always tends to alter the way we see art pieces. Thus, every museum visit forge new dynamics every time, emotionally and conceptual-wise. 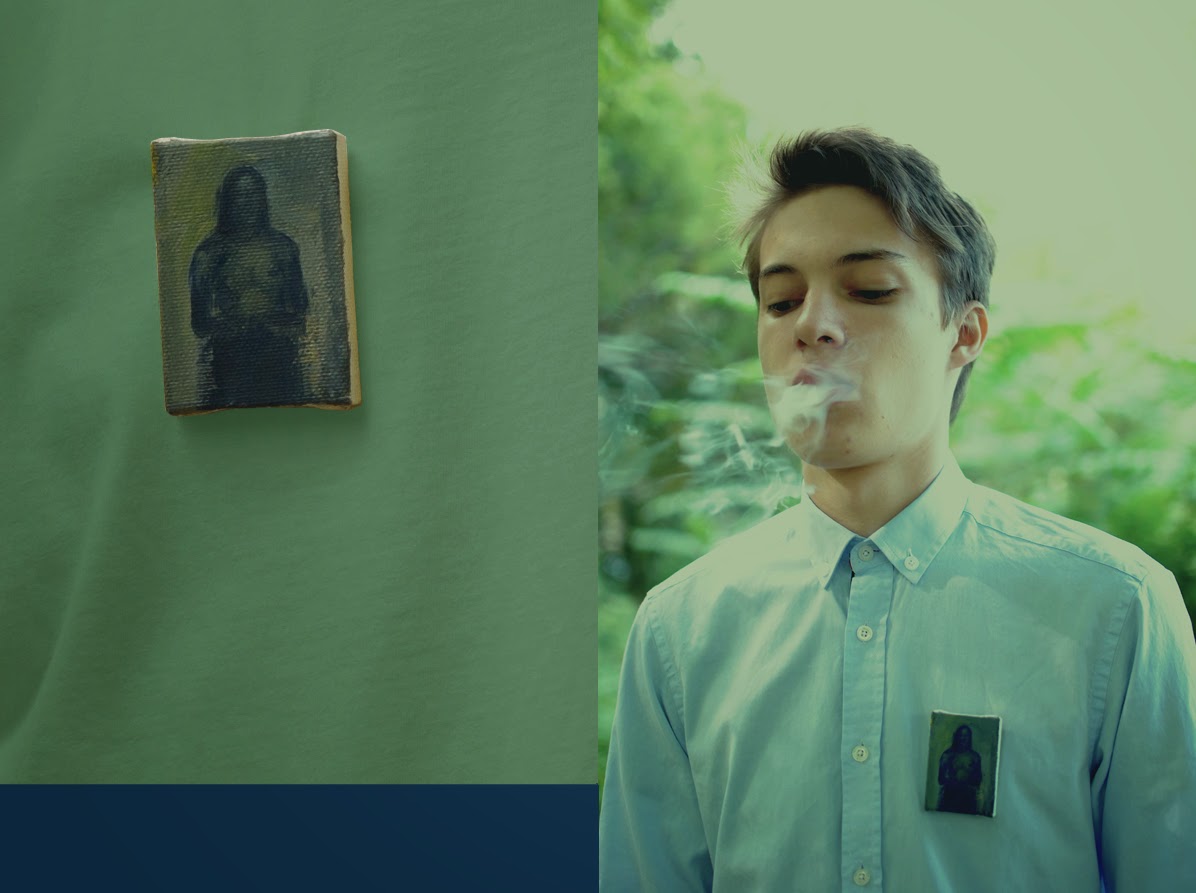